What is Bitcoin: These days everyone needs financial security, but finance always comes with risk. Now the Internet market is growing day-to-day and the current Internet market is considered to be well over 20.4 trillion! (This number was true nearly 2 years back, hence as of today it probably is double what’s mentioned).

If the country’s economy remains strong the currency’s value stays high as well. But the fiat transactions are heavily monitored and more importantly TAXED. The fee demanded for the transactions isn’t very cheap. Third-party companies (such as PayPal, Neteller, Skrill and many others) facilitate these trades and make billions each month.

For Example: You bought something online on the internet and you need to send money to the seller,you’d need to use your credit card, PayPal, Western Union, Wire Transfer or other modes of payment. All of these modes have their own transaction fees.

The value of your local currency also determines the amount of money you’re paying. In some cases you end up paying more while at a later or an earlier time, the same amount may not equal what you just paid.

Fortunately, Cryptocurrencies brought a shimmer of hope with themselves. These cryptocurrencies are valued at the exact same price throughout the globe. These are also decentralized, as in no “company” / govt. controls them hence the charged fee is extremely low.

In other words you’d be saving a lot of money by switching to Cryptocurencies. Some popular cryptocurrencies are Bitcoin, BlackCoin, Dash, DogeCoin, Litcoin, NameCoin, PeerCoin, Primecoin and etc.

But bitcoin is the most popular and most online user use bitcoin for transactions for various edges that it provides over other Cryptocurrencies.

Let’s discuss Bitcoin in detail and answer some basic questions, such as how to work with Bitcoin.

Bitcoin is a fast and largely anonymous decentralized Cryptocurrency. In the simplest of words, it can be used to make and receive payments either to individuals, or online on e-commerce websites and various other portals. You can read through our list of all the websites which accept Bitcoin in 2020.

Bitcoin was initially used only on the deep web (Hidden Internet, Dark Web). Simply because, Bitcoin can’t be traced/tracked to a person’s real-life identity (when enough security precautions are taken).

Bitcoin gained immense popularity because none of the other traditional modes of payment offer “anonymity”. Bank transactions, Cards, PayPal, Skrill and everything else is very easily linkable to a person’s real-life identity.

However with Bitcoin, a user can remain hidden/anonymous. Note that all Bitcoin transactions are still logged, on a public ledger called the Blockchain. The only difference is, it’s all just “numbers”. None of those transactions can be linked to a person in the real-world, unless they slip-up and somehow leak their identity.

The identity-leak is possible when purchasing Bitcoins (as most Bitcoin buying platforms require identity verification). Or when withdrawing/converting the Bitcoin funds into the traditional fiat currencies. Sure, there are security measures to protect against that as well.

On the darknet markets however, users needed a mode of payment which was anonymous, untraceable and hidden. Bitcoin provided just that.

Another one of Bitcoin’s major advantages is its “standard fee, not dependent on the amount”. So Bitcoin doesn’t function on the “%” (percentage) based fee-model which we’re normally accustomed to. In other words, the fee for a million dollar Bitcoin transaction costs the same as a $1 transaction.

Additionally, users can even control this fee. Setting up a higher fee speeds up the transactions, lower-fee transactions take slightly loner.

A real-life example: If you use any of the traditional modes, such as PayPal, Western Union, Wire Transfer, etc. to transfer money from point A to point B, a major fee is required for the transaction to happen. In some cases up to 10% of the transaction amount.

While with Bitcoin, the distance, global laws, politics, and everything else slides into oblivion. It’s based on pure technology, and technology alone. You pay a very negligible fee for your transactions from anywhere to anywhere. 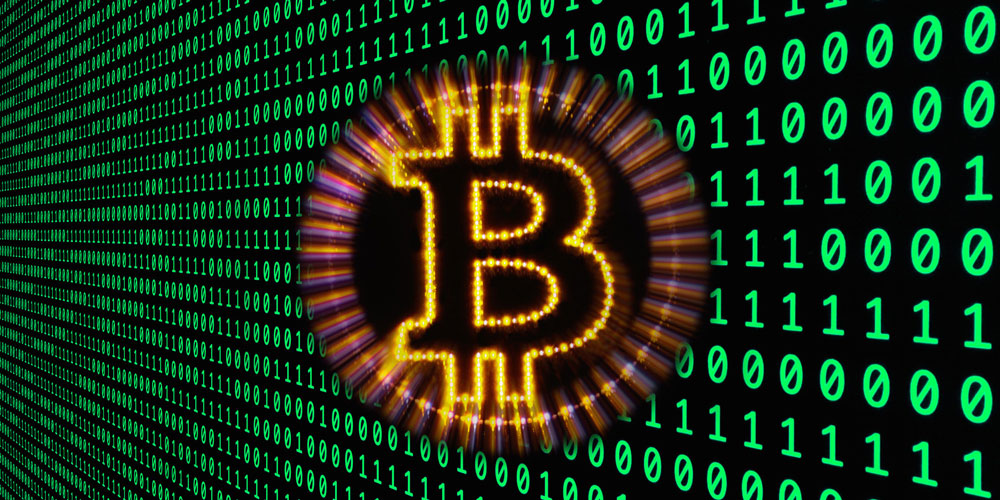 How to work with Bitcoin?

By now you know what Bitcoins are.

But, how do you work with Bitcoin?

It’s no harder than using a bank account. In fact, it’s simpler.

Each wallet has an address ( a string of numbers and characters).

Anyone can send and receive Bitcoins by entering this address when making a payment.

No ID, personal information, location, email or anything else required in most cases.

There are many companies/websites which provide Bitcoin wallets.

These are categorized into two primary types of wallets:

These wallets are web-based.

Meaning, you do not need software to access them.

Rather, an internet connection and a browser are all that are required to access these online.

Out of the many options, Blockchain.info is my personal favorite online Bitcoin wallet.

However, these are less secure than offline wallets, and often require an E-mail ID to signup.

These wallets are “software” which needs to be downloaded on your system.

But, these are extremely secure and require no signups in most cases.

The only problem? They sync with the Blockchain.

In simpler words, you may end up using a lot of data.

But hey, it’s security you need, don’t you?

These wallets are completely air-gapped from the internet. This means a third-party can’t just hack into your wallet.

Here are some of the best hardware wallets you can use. 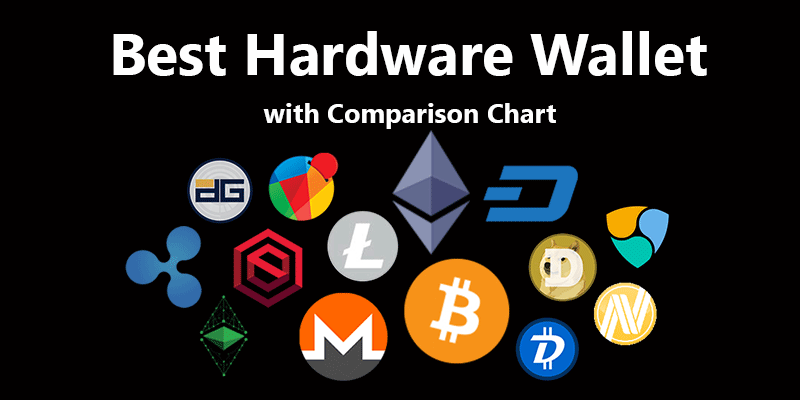 How to buy Bitcoins?

Now that you know what Bitcoins are, you probably wish to get a hold of some?

There are many websites which let you buy Bitcoins with extreme ease.

It’s no different than buying any other commodity online.

You can buy Bitcoins directly using your credit cards, PayPal accounts, even gift cards, and a plethora or other methods.

It’s best to use “anonymous” modes of payment, such as cash to buy Bitcoins.

What can you do with Bitcoins?

If you’re asking what is Bitcoin, you clearly wish to know if it has any real-world value.

It totally does. In today’s world, you can use Bitcoin just like normal currency. It can be used to buy things as big as a Tesla car or as common as everyday groceries.

Here are over 100 websites that let you buy almost anything using Bitcoin and other Cryptocurrencies.

At the least, it can be used as a person-to-person mode of payment and massively helps deal with taxes and logged transactions.

Why to buy Bitcoins?

As explained earlier, you can obviously use Bitcoins to purchase items on e-commerce websites. However, there’s a more common reason why people buy Bitcoins. “Investments”.

More importantly, investing in Bitcoins is much simpler than investing in stocks. You can simply sign up on a the best Bitcoin exchanges and buy Bitcoins using your credit/debit cards, PayPal accounts, online wallets or even cash (refer to the links in the above section for tutorials.)

You can also read this detailed piece step by step guide on how to invest in Bitcoins.

Some platforms like Cex.io even offer “interest” rates just for storing Cryptocurrencies on their exchanges. This is known as staking. You can buy Bitcoins, convert it to one of the stake-coins, and just store it there. Interest rates may go as high as 15%/year + you retain your original investment.

Recently, Bitcoin has gained many other uses! One of the most revolutionary ones is a “Bitcoin Visa“. Yes, there are countries such as El Salvador which grant you citizenship if you invest X amount in their economy, using Bitcoin! These cost less than $100,000 to begin with!

Then, tax benefits are another reason why people are buying Bitcoins. It being anonymous for the most part, it’s easy to buy Bitcoins and avoid paying taxes on that money. Obviously, this rules differs for each country.

Sheer “ease of transaction” is another reason why Bitcoin gained massive popularity in 2021. It has no red tape, no papers to clear and no officials to sign your transactions even if you’re sending someone billions. (Sure, 2-FA and other security features are available but you control them, not your bank or some third-party).

The fee on Bitcoin is negligible as compared to what you pay your banks as well. All of this lead to major companies like Tesla invest in Bitcoin for the long haul.

(Disclaimer: This is not financial advise. Do your own research before making an investment in Bitcoins, or anywhere else.)

A question revolving around Bitcoins since time immemorial is its legality. I’ve heard people say quite often that Bitcoin is illegal, a statement purely formed out of misinformation or wrong information.

Bitcoin is either completely legal, or holds an undefined status in majority of the countries. The countries where Bitcoin is completely banned are Algeria, Egypt, Bolivia, Ecuador, China, Bangladesh, Nepal, Pakistan and Morocco.

Note that the extent to which Bitcoin is banned in these countries depends on the fine-print of whatever policy was used to impose the ban.

It’s partially-legal in Canada. Although some banks have banned Crypto related transactions individually. Companies may acquire permission to use Bitcoin by registering with the Fintrac.

It’s not a legal tender in India, and can’t be used as a “Payment tool” in Indonesia. Vietnam too allows holding and trading, but not making payments using Bitcoin.

So sure, there are countries and governments afraid of Cryptocurrencies or just unable to understand the technology.

At the same time, countries like Bolivia and Romania have legalized BTC to quite an extent, and only demand a 10% tax on trading profits. It’s completely legal (so far) in UK, New Zealand, Australia and most other countries on the planet.

So bottomline, Bitcoin is completely legal almost everywhere (apart from the exceptions mentioned above). A simple Google (or DuckDuckGo) search would tell you if it’s legal in your specific country. But no, in most cases you wouldn’t be jailed just for using Bitcoins for legal purposes.

With the help of this article I am sharing brief information about what is bitcoin and how it works, hope this article provides you information that you want to know about Bitcoins, Here my main purpose is, I can give you all information about Bitcoins in the very simple form. If you want to create your bitcoin wallet any want to know how to create your wallet online then check out my other step-by-step demo post which having all the step-by-step descriptions.