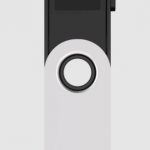 Bitcoins are the hottest potatoes on the planet right, every other person with even a single dollar to invest, is buying up Bitcoins (or any other cryptocurrency). Considering the dart in their popularity, it’s natural for you to get only the strongest and most secure measures to store your Bitcoins, isn’t that right?

That’s where Bitcoin Hardware wallets come in. So the purpose of this Ledger Nano S Plus Wallet review is to introduce you to the wallet, its feature, and security protocols.

The one edge the Ledger Nano S wallet compared to other wallets in the industry is, it’s priced at nearly half the price of any other Hardware wallet. Let’s see if it can make up for the features of those other wallets in a similar manner (or maybe not?)

The “Nano” in the Ledger Nano S wallet probably comes from its compact size.  What makes the Nano S Plus  a great addition to Ledger’s portfolio is the fact that it comes with a “screen”.

A screen ensures that most of the “security actions” get done on the Hardware wallet itself, making it safe to be used even on virus or malware-infected systems.

Here are the specifications on what the wallet is made out of:

Let’s ignite this Ledger Nano S Plus wallet review with its user-interface, considering how it’s what defines how easy and simple to understand the software part of the wallet is. 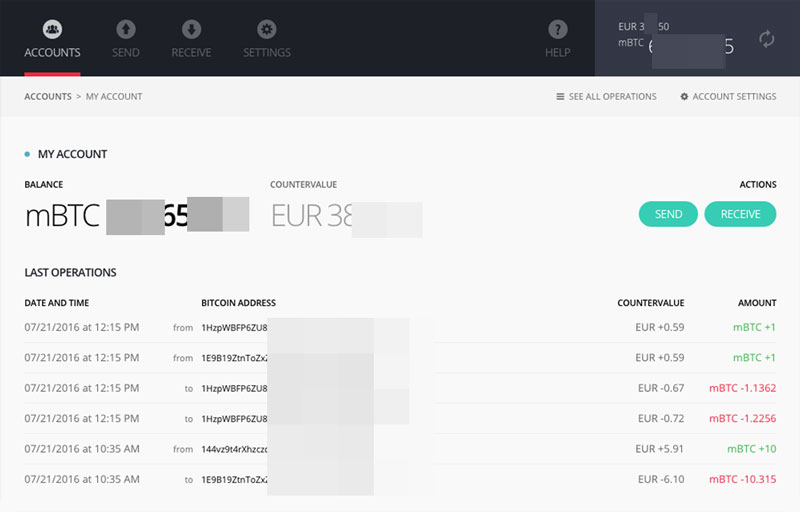 The top bar holds all your primary options such as:

The extreme right of the top-bar shows you your current balance in your native currency, as well as BTC.

The center-screen basically shows you your current balance, lists the previous transactions, and has two “send” and “receive” buttons as well.

So, as far as the user-experience goes; I’ve just shown it to you folks in this Ledger Nano S wallet review that it’s self-explanatory, you can get a hold of what the page means without being confused about the options or features.

As far as the actual hardware of the wallet is concerned, it’s a compact, USB-Stick identical wallet. It comprises of two buttons on the sides, used for confirming PIN and transactions.

And a screen which displays the sensitive information, PIN numbers, recovery code etc.

Weighing just around 16 grams, it’s pretty light-weight, and unlike the KeepKey hardware wallet, it can be carried in your pockets as well.

As soon as you plugin your Ledger Nano S wallet, a prompt on the screen will ask you to setup your 4-digit pin.

This is the PIN required to access your BTC funds. The process is “hacker-proof” for the fact that the numbers are shown on your “hardware wallet screen” only and not on the computer screen. (Unlike most other hardware wallets!)

You press the two buttons on the Hardware wallet to move to the next number while setting up the PIN, and confirm a digit of your choice by simultaneously pressing both the buttons at the same time.

Once the PIN is set,  you get your “Recovery Phrase”. This is a standard recovery phrase that all the other hardware wallets provide as well, it’s a 24-random word sentence, and is the most important part about your Hardware wallet.

The good news I’ll take the liberty of singling out in this Liberty Nano wallet review is the fact that the wallet provides you with a “Recovery phrase card” as well to write the recovery code down.

This recovery phrase can be used to control/spend/gain access to your account, so it’s technically more important than the PIN, hence a “physical” copy is important to make it “hacker-proof”. It’s advised to keep 2 copies of these physical paper backups, at two different places.

And then once you’ve done so, they ask you to confirm the recovery seed which is an added security measure to make sure you’ve totally got your recovery phrase.
The primary factor which makes Ledger Nano S wallet different and unique(and I’m not saying this only because this is a Ledger Nano S wallet review) is the fact that other hardware wallets need to use your “computer” screen to be setup.

While the Ledger Nano S wallet can be setup without being plugged in to your computer, that’s what gets it the ironclad security that it claims.

So a Hardware wallet is the most-secure Bitcoin storage vault, isn’t that right? In fact, Security was one of the primary features of why I started scribbling this Ledger Nano wallet review down, so let’s have a glimpse at how secure exactly does the Ledger Nano S wallet actually is:

I believe being the cheapest Hardware wallet and offering all those features is a win in itself, just because they do not burn a hole in your pocket doesn’t mean they’ve compromised with the security as you might have well gathered if you were thorough with this Ledger Nano S Wallet review.

They rolled out a new security and support update last month, i.e. January, 2019. Bringing in two new hashes, namely BLAKE2B and Groestl. The former would reduce the size for assets and projects already using BLAKE2B, while the latter simply ensures the support for Groestl coin.

They also added a new signature- Schnorr with Zilliqa scheme. This ensures the support for Zilliqa coin. And Bip32-ed25519 is what was added as a new derivation scheme, which makes sure the wallet would support Cardano, and Tezos derivation paths.

They also have dedicated security team, known as the Donjon Team which constantly attacks the wallet and evaluates its security, as well as comes up with new ways to further secure it. Recently they updated the wallet against and/or came up with:

What impressed me was the fact that the company discovered a critical bug in the Mycelium Bitcoin app and reported it to the company, further establishing my trust in their expertise and ethical values.

These are some additional features which the Ledger Nano S wallet offers: 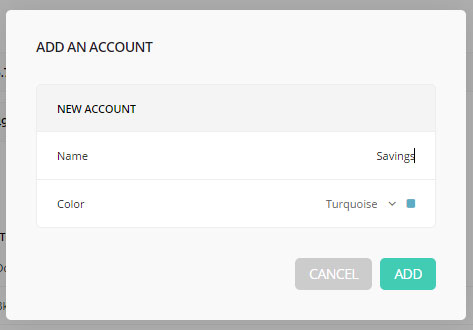 Ledger Nano S isn’t limited singularly to Bitcoins, just like any other Hardware wallet worth getting your hands on, it too supports a wide variety of currencies including: 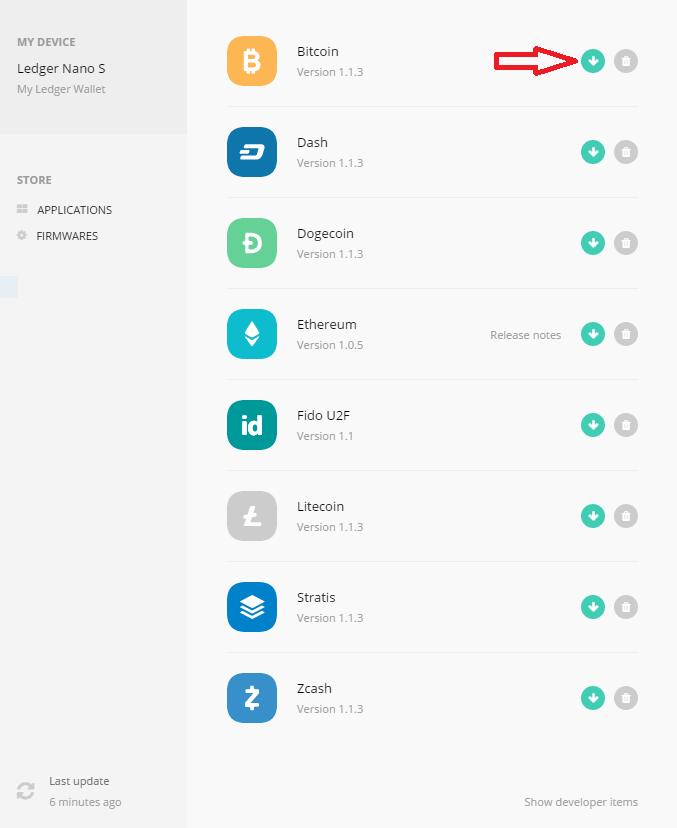 The above list has so far extended to over 1100+ currencies as of today.

Compared to the other Hardware wallets in the industry, the Ledger Nano S is actually one of the least-priced Hardware wallets, especially one with as many security features and currency support as the Nano S provides for.

It’s currently priced at just EUR 79.00 EUR (may slightly differ based on your country and the currency conversion).

Do you want to buy Bitcoins or any other cryptocurrency and looking right source where you can deals by the help of Paypal, credit card, debit cards then below article can help you in buying or storing bitcoins?

Considering you’re into Crypto, “anonymity” is probably a priority of yours?

The Ledger Nano S too doesn’t care for your identity.

You can pay for it using:

Now, BitPay is a payment processor.

It lets you choose from over 15 different Bitcoin exchanges and marketplaces.

You can pay using Bitcoin or BitcoinCash using any of the options available on BitPay.

Simply choose one, and you get your Ledger without connecting your fiat accounts to the purchase.

There are a number of features which make Ledger’s our first choice when it comes to the best Hardware Bitcoin wallets. Sure there are other options, but hardly any which offer:

Ledger claims to be the first, and only (of its time) hardware wallet to have received a certification for its security. It was provided by ANSSI, the French Cyber Security agency.

The Secure Element is a fail-safe, or protection of sorts. It protects the wallets from software attacks, fault attacks as well as “Shazam” (Side-Chanel attack) among others. The secure element is what’s responsible for generation and storage of a user’s private keys, pretty un-crackable.

It also makes use of the “Root of Trust” to validate the legitimacy of the devices. This ensures that when you purchase a device, you get a genuine, company-sent device and not one with third-party access to it. 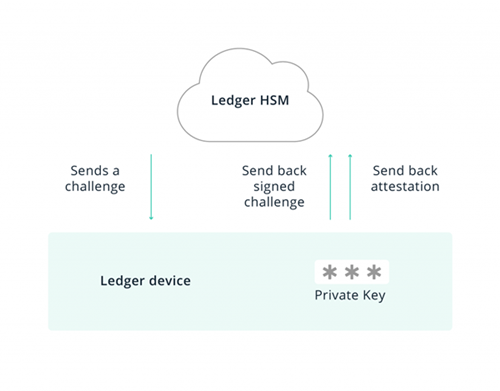 In even simpler words, there are a number of actions which can’t be successfully completed on a counterfeit/ tampered Ledger Nano S.

It got rid of the traditional “anti-tamper” seal which can be easily faked.

On the contrary, it makes use of a security chip.

The chip checks the authenticity of your Ledger Nano S every time you power up the device.

This makes sure it remains “unhacked”.

Additionally, a security check is performed when you connect for the first time to the Ledger Live manager.

Then, everytime you access Ledger Live (even on the Chrome extension.) the Root of Trust check is performed.

And then, it’s checked on each installation of a new app on your Ledger.

They even made their own custom and more secure OS– BOLOS. It prevents a monolithic approach and rather offers a microservice-like approach to handling funds/assets. As in, the device doesn’t depend solely on its firmware, but also the OS. It offers independency of the assets from one another, or “isolation” for more security in other words.

In a nutshell, it may or may not be the absolute best Hardware Bitcoin wallet out there, but sure is up on the list.

There’s not much left to stretch this Ledger Nano S Plus Wallet review further, so far we’ve included the user-interface, hardware, Installation process security, and currency support. What else defines a Hardware wallet?

As far as my personal experience with the Ledger Nano S wallet goes, I can sum it up a single sentence “A wallet which offers security alike Fort-Knox; while being light on the pocket at the same time”.

Although that’s just my personal opinion, feel free to let me know how you feel of the Ledger Nano S Wallet.