Bitcoin has gained quite a bit of mainstream traction recently, but not many are aware of the true nature, potential, use or secrets that the currency holds, so here are the top 50 facts about Bitcoin that aren’t known to many.

But hey, before diving right into these facts about Bitcoin, lend me your attention briefly especially if you’re a newcomer to the whole Bitcoin thing to help me make you understand what Bitcoin is.

What is Bitcoin and Why it Matters?

Here’s the popular public opinion about Bitcoin- “It’s a type of currency where you can deposit/convert your money, and increase it in a short span of time”.

Yes, that’s what most people think Bitcoin to be, a kind of stock or asset which just increases its value fast, that’s because most people heard of Bitcoin quite recently, only when it started booming, but Bitcoin is much more than just a “get rich quick” scheme.

Bitcoin actually is a cryptocurrency, cryptocurrency means a “digital currency” which works and functions just like real money but doesn’t have any physical existence, and is solely and completely digital.

It doesn’t involve paper, ink or any of those traditional currency requirements, it’s rather “mined” or created with software using electricity, anyone and everyone with a powerful enough computer can contribute towards the Mining of Bitcoin and can make profits from it.

Although what makes Bitcoin revolutionary and future-proof is the fact that it’s not controlled by any one person, organization or basically anyone, unlike traditional currencies.

Also, it’s transparent yet anonymous, meaning you can verify every single transaction done on the Blockchain (It’s a ledger where every Bitcoin transaction is recorded), the fee, confirmations and everything else is transparent.

However, it’s anonymous because you can send/receive or use Bitcoins without having to reveal your identity, ever, Bitcoin functions solely on “wallet addresses”, no name, email or nothing else is required to use Bitcoins and hence it can’t be taxed or linked to you.

So in a nutshell, it’s a currency which anyone and everyone can use without any special requirements or wastage of physical raw-products and can remain anonymous at the same time, revolutionary enough isn’t it?

Now let’s get you what you came here for, the 50 insane facts about Bitcoin!

Complete Information guides about the Bitcoins:

Final Words on Facts about Bitcoin

Now obviously after going through all those facts about Bitcoin, I’m sure you’ve got quite a few questions, such as what’s Bitcoin’s future if it consumes so much energy or if it’s so easy to lose.

Well, the answer to the question is quite arbitrary, but in my personal opinion the benefits of Bitcoin as of right now outweigh the cons and hence it’s garnering all the attention that it’s getting.

But anyway that’s my personal opinion and thoughts, do let me know your thoughts on this piece regarding facts about Bitcoin, and about Bitcoin as well on our Facebook page. 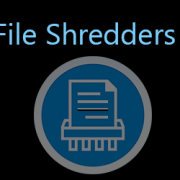