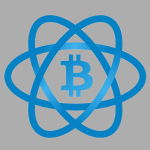 Electrum Wallet, without a doubt, tops the charts whenever there’s any discussion pertinent to the best Bitcoin wallets.

We’ve mentioned time and again its security features, compatibility and everything else are just in sync with what you wish to see in any Bitcoin wallet you entrust your funds with. This is the only one best wallet service which offers full control on your fund and transaction fee. because I also prefer this wallet for my fund holding.

I already tried many another waller service, but my experience is very bad because if you are trying any other wallet these days than at the time of transaction check your fee. Yes, I am talking about the fee. Some Bitcoins wallets taking more 10 times high as the normal fee. let’s start reading for further information.

What is Electrum Wallet?

Let’s start with the basics, Electrum is a free Bitcoin wallet which can be installed on your desktops, laptops and mobile devices.

Around 2011, it was the most popular Bitcoin wallet, accounting to roughly 10% of the world’s total Bitcoin transactions

Being a Bitcoin wallet, it let’s you store funds in a secure environment, as well as facilitates the sending and receiving of funds.

Here’s an overview of the platform:

It was created by a single person, Thomas Voegtlin. However, today thousands contribute to its open-source. Three developers also have complete write access to its Github page.

Note that it’s not the same as an “Exchange”. As in, you can store and make transactions but it doesn’t have a price ticker, or support for other Cryptocurrencies. It’s best for longer-term holders.

However, being open-source and decentralized, it’s 100% anonymous. You don’t need to “sign up”, or share any personal data to use Electrum.

While it can be used on Android devices with ease, there’s no iOS version available yet. However, if you own a Macbook it does have a native app for that.

Now let’s take a deeper look at what exactly Electrum has in store for you and if it’s worth your time and Bitcoins!

Electrum has been designed keeping the “first-timers” in mind. So you do not need to have any prior experience with Electrum, or any wallet for that matter.

Simply download the wallet from this link and run the installer.

Name your wallet for ease of recognition, and then simply select the “type” of wallet you wish to create. If you’re not sure, simply go with Standard wallet, and if you’re an advanced user you can go with the other options as well. 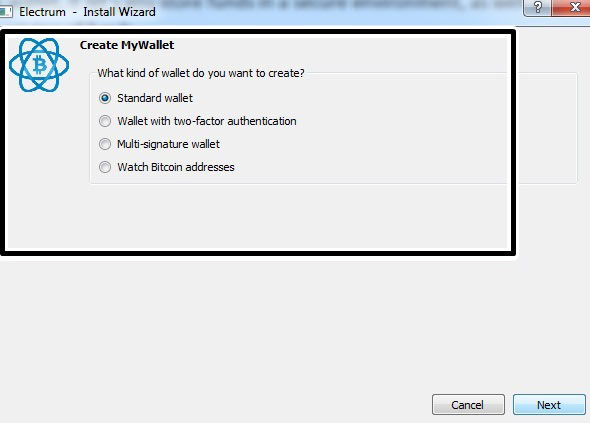 You’ll be provided with a “Seed” on the next page. Consider this your “master password”. It’s made up of 12 random words and can be used to recover your account. Note that the sequence of the words is of paramount importance as well.

Write these words somewhere safe before clicking on the next button. On the next page you’re asked to enter the “seed words” exactly as they appeared, so just type them on the space provided and click on next. 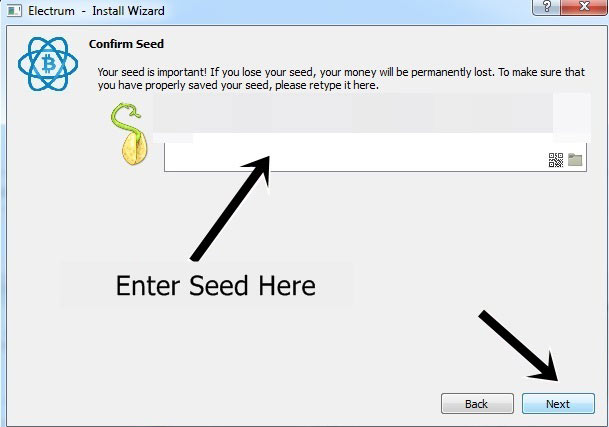 Once you fire up Electrum, the dashboard that greets you is pretty simple and straight-forward.

The top-bar is designated for the options such as File / Tools etc just like any of your other everyday software.

Followed by three tabs by default, namely History, Send and Receive. These are pretty straightforward as well, History gives you access to all your previous transactions, and the send and receives tabs are used to send or receive funds.

The bottom-right screen holds four icons, and they can be used as a one-click access to:

The top-bar is divided into five options:

The Files and Help options do not hold any “unique” options you’ve never seen before, so excluding them, we would take into account the other options available and explain them out to you.

The second option in the list is “Seed”, remember it’s the “master-phrase” we were shown while installation? Yeah in case you lost your backup note of the phrase, you can access the seed from this option again and write it down somewhere safe.

Then comes the Private-keys option, it let’s you sweep as well as export your private keys to a csv file which you might need for several reasons.

The next options aren’t as important or advanced as the ones discussed above, they just let you organize your wallet better by letting you add contacts, label them, check history etc.

The View tab simply let’s you customize your tabs according to your preferences. You can add or remove the tabs from the top-bar using the view options.

The first option under the tools option is “Preferences”. It can also be accessed by clicking on the second icon on the bottom-right screen of Electrum wallet.

The Preference options let you change the fee-structure, appearance of the wallet, SSL certificates and so on.

Then comes the “Network” option, which isn’t of “use” to you if you aren’t an advanced user, but it does relay important information related to your network condition and nodes.

The third option on the list is “Plugins”, and it lets you add third-party plugins such as GreenAddress Instant, E-mail etc. You can turn these on or off with a simple click of the mouse.

There’s the “Sign/Verify message” option next,  it’s an advanced option which let’s you “Sign” a message, this sign can be used to verify your ownership of the wallet and your transactions. 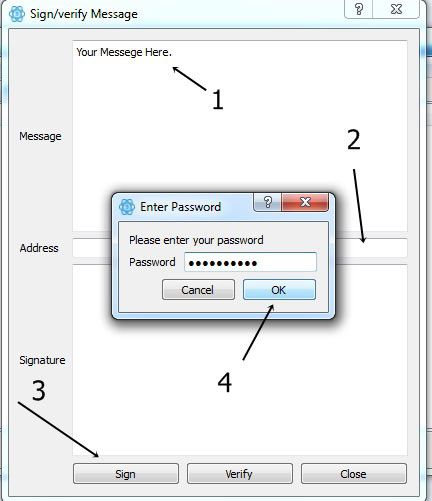 The next option in line is that of “Encrypt /Decrypt” message, it’s a simple yet advanced feature which let’s you Encrypt your messages using a Public key, and decrypt them using your private key.

The next option says “Pay to Many”, it’s an advanced feature which let’s you BULK PAY Bitcoins to more than one accounts in a single go.

Just enter the transactions in the following format: Address, amount

And the last option under the tools button is simply a “load transaction” option which let’s you load transactions from a Blockchain, QR code, text file or file!

Now that you’ve been acquainted the interface and the wallet let’s have a glimpse of some of the more hard-core features that Electrum offers, specifically those related to its security.

Another best feature that you can get only with electrum wallet, you can use this wallet like as standalone or portable. if you want to run you wallet service independently also want to control use anytime anywhere then this is the alternative way for you.

Only you need to install the portable version in you Pendrive, Portable hard disk, cloud Store or encrypted device. and access that wallet from anywhere.

The one question which remains- “Is Electrum completely secure“?

The world thought Electrum was impregnable, which it is to quite an extent but not completely. Since December 2018, in a series of Phishing attacks spanning many days and probably months, hackers were able to steal nearly $4 million worth of funds from Electrum wallets.

What’s more troubling is the fact that the attack wasn’t isolated to a single event. Rather, it lasted months while both the parties (The hackers, and the developers) tugged in a war of overpowering each other.

The attack was pretty simple initially, it forced users to download a copy of a fake Electrum wallet controlled by the hackers. After that, they were easily able to transfer funds out of these wallets to their own. This is an error-message which popped up when users tried to send transactions through, and the links as you can see redirect to the fake/phishing site created by the hackers. 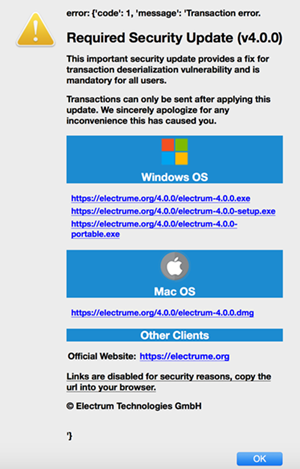 It advanced to another level when the developers had to resort to exploiting Electrum themselves, just to keep unsuspecting users from connecting to bad nodes. In retaliation, the hackers DDoSed the Electrum servers forcing these users to connect to the scam nodes.

That’s not all, there was a second set of attack this time redirecting users to a site looking almost identical to Electrum. Again, users downloaded a fake wallet and lost funds to put it simply.

All in all, it that can be said is no wallet can ever be 100% safe. The only way to be comparatively safer is to verify every single download/update from Electrum’s official website.

Or, go with any of the best Hardware Wallets. While these too are not 100% secure, they’re the most secure forms of Cryptocurrency wallets available on the planet for now.

So that’s all as far as this Electrum wallet review goes folks, I tried my best to paint a clear picture of all the important options and features available with Electrum.

As far as my final verdict goes, it’s my personal favorite, specifically for the reason that it allows me to create a cold-storage on an offline computer and only transport the watch-only wallet to online environments which is a great way to eliminate any security threats.

Apart from that, Electrum offers just about every single feature you might imagine or wish to have with a Bitcoin wallet, and then some.

The security features are top-notch, user-features like exporting of Private keys, encrypting of messages etc. also deliver what’s promised, so in other words there isn’t a feature that any other wallet out there might have which Electrum will cheat you out of.

Do let me know your take on Electrum wallet, or if you’ve got any questions, doubts, or problems as well feel free to use the commentbox.

Some Bitcoin Cryptocurrency Popular Article for you! 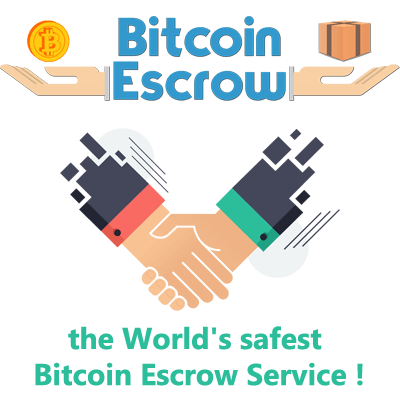