Here for the best router for Tomato? Bienvenue! That’s exactly what this piece is about, and in case you’re not sceptical about DD-WRT, you should take a look at our piece on the cheapest DD-WRT routers as well!

Anyway, we’ve compiled the list of the best Tomato routers on the basis of their hardware, performance (in general), compatibility and performance with Tomato.

Some of these might be a bit pricey, but hey the “best” is seldom cheap don’t you agree? Even then, considering how we’ve spent over half a decade learning and researching about routers, we’ve made sure you never spend a buck more than you essentially need to.

Because another factor that chips in here is that not everything that’s expensive, is always the best. So, you can be sure we’ve made sure you get the “best yet cheapest”; and the most advanced Tomato routers here.

What is Tomato Firmware?

Just a brief introduction for those of you who didn’t attend the class on “Tomato Firmware” in school (or the internet).

It’s one of the most popular router Firmware in the industry, in the same league as DD-WRT, in fact, in some cases better.

Bottomline, it upgrades your router and arms it with superpowers which otherwise remain latent.

If you’re still curious, spare couple seconds and have a glance at our detailed piece on DD-WRT vs Tomato Firmware.

Let’s embark on the journey to hunt for the best router for Tomato without further loitering?

Note that, all the routers shared here are pre-flashed with Tomato by the Flashrouters team, and the company only flashes the best choices so compatibility or performance of the custom firmware with the routers isn’t a question.

They also take away the hassle of you having to manually flash the routers from your end, which I must say isn’t that easy a task, and additionally, they happily pre-configure the routers with your VPN accounts as well, any VPN you want, before shipping it out!

Why do users need to use VPN Routers at their home or offices?

If you are here and don’t know why you should use VPN router at your small office or home then let’s address that question first? Before you go on reading this in-depth list and comparison of the best VPN routers.

Alike normal VPN services, VPN routers hide your internet traffic and mask your IP address using secondary IP addresses from the VPN servers. The primary benefit it offers over simply using a VPN is that ALL your devices are secure by default.

Meaning, you just have to use the internet as you normally do on any of your devices. Obviously not all of your users, or employees may be as privacy conscious as you. Hence, a VPN router makes sure that the users do not need to manually launch or setup a VPN.

If they’re connected to your router, then they’re secure, period. Also you can bypass VPN max device restriction. In other words, every VPN has a “maximum” number of connections it allows simultaneously. But what if you wish to use the VPN on more devices?

Obviously you can choose to extend the number of devices by paying more to some VPN companies. But not all companies allow that. However, when connected to a VPN router the VPN connection counts as 1. While you can have unlimited devices connected to your router.

In a nutshell, you can bypass the “number of device” restriction and use every VPN on unlimited devices without having to pay extra. Guess what, that isn’t even illegal. Most VPNs willingly market themselves as being router-compatible.

Did I mention the part about all the extra security you get with VPN routers? So VPNs not only change your IP Address but also “encrypt” your Internet traffic. A number of connection protocols and algorithms are used to secure every outgoing request and data packet.

In simpler words, it’s much easier to get hacked or intercepted if you’re on a normal router. But with a VPN router, all your devices are encrypted and this makes hacking them much harder and more expensive. 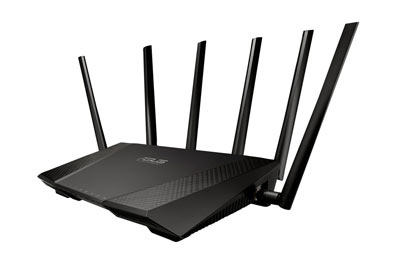 This one is literally the best router for Tomato, it offers some of the most exclusive features for any router in the industry, and there isn’t a single feature that exists but is missed by this beast.

The above list boasts some of the most advanced specifications available for routers right now in the industry.

Although, the primary ones which would matter to you, and have made me list it here as the #1 choice when it comes to best router for Tomato firmware are:

802.11ac standards: it’s the latest WiFi standard and has some specific capabilities of its own, for e.g. the support for Beamforming, Beamforming is a technology which allows routers to technically “see-through” obstacles and walls.

As a result, instead of the earlier practice of generally scattering the signals in all directions, the router knows where your devices are, and that’s where the signals land, hence significantly boosting speed and stability.

6 Dual Band antennas, structured in a 3X3 infrastructure provide for 3-dual-band antennas for the low band channels, and three for the high-band channels each.

MU-MIMO (Multi-User- Multiple Input Multiple Output) Technology is another one of the most-liked features about the router, it’s basically a technology which let’s all your devices connect to, and transmit data to and fro the router simultaneously, without having to “queue” up, hence all the connected devices reach their maximum speed potential without any lag.

The 1Ghz processor, and 256MB RAM are more than enough to let you run Tomato with ease, or facilitate activities such as sharing other external hardware (Hard-disks, printer etc), or transfer of files.

TurboQAM is another technology which increases the speed for the routers’ spatial streams and hence another feather in its cap.

And these were just the highlights, I’m sure you’ve got the idea of what’s being offered, although you can still refer to our detailed Asus 3200 Tomato Flashrouter review for better insights. 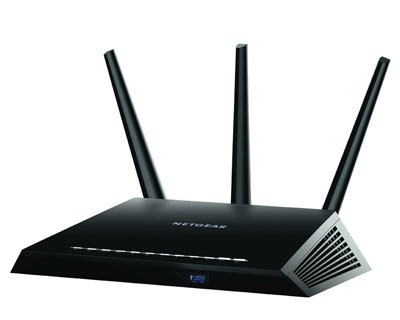 The Netgear Nighthawk is the second most deserving router when it comes to the best router for Tomato. looking best features in your budget and provides high security then you may try Netgear Nighthawk R7000 AC1900.

The one aspect where the Nighthawk slightly beats the Asus 3200, is its Beamforming+ feature, it’s a superset, an advanced version of Beamforming which helps Netgear routers deliver better stability, range and strength, especially on the 5Ghz band.

It offers both the WiFi bands, i.e. 2.4Ghz and the 5Ghz, and the range and speed for both of its bands is impressive, as has been calculated and scribbled down in our detailed Asus Netgear R7000 router review.

It also is equipped with 3 external antennas, which go all the way to boost your speed and range despite lacking the 3X3 infrastructure as the Asus 3200.

Although it does provide for the TurboQAM technology which helps the 2.4Ghz spatial streams deliver a hiked speed of 200Mbps, which otherwise is limited to 150Mbps.

Most other features such as the number of Ethernet ports, security protocols offered, and the processor speed remains the same as that of the Asus 3200.

So, the features and the performance for both the devices is just about the same, and so is the pricing, although the Netgear is priced slightly lower than the Asus 3200, that’s probably so because of its lack for MI-MUMO technology. 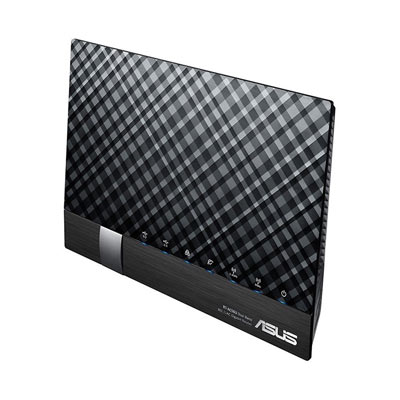 If the above routers are slightly out of your pockets, and still you’ll only settle for the best Tomato routers, the Asus RT-AC56U AC1200 Tomato FlashRouter might just provide you the balance between features and pricing!

Even though it doesn’t have any external antennas, still its inbuilt 4 antennas seem more than enough.

Even at this price, it doesn’t compromise on the WiFi standards and boasts 802.11ac which is a prime factor adding to the router’s overall performance.

Then again, the support for MU-MIMO isn’t curdled either and it’s supported in its full strength, which makes sure it doesn’t fall short when compared as a best router for Tomato.

The security protocols are all there, and there isn’t a single encryption protocol that it doesn’t support. (As far as the router protocols go).

It also grants us access to the QoS (Quality of services) dashboard like all the other routers on this list of the best router for Tomato which let us control bandwidth, priority and download settings.

The only features which it lacks, or falls short of, are its lack of support for Beamforming, and slightly lower processing power, for which I must add, it makes up by lowering the price down considerably. 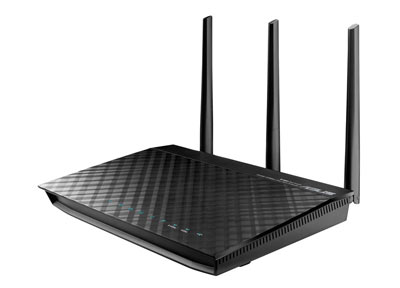 So, if budget is an issue and you still need the best router for Tomato, this might just be the router you’re looking for.

Like any other router, it provides for two wireless frequency bands, the 2.4Ghz and the 5Ghz.

The throughput is better for those who are on the 2.4Ghz band most of the time, as it’s equally divided as 450Mbps+450 Mbps on both the bands.

As for external antennas, there are three of them decimating dead spots and getting us a coverage of around 400feet!

The 256MB RAM is inspiring as well, although the flash memory may be slightly disappointing limited at just 32MB! But it still made this list of the best router for Tomato, why?

The answer is, flash memory isn’t a deal-breaker if you ask me, and as it’s pre-flashed with Tomato and has a stable OS, I don’t see a reason why it should be a reason for you to not go with the router.

It boasts 2 USB ports, although both of them are 2.0s and there’s no support for USB 3.0 so if you need that supported, you’ll need to shell out some more bucks and get a different router.

The one feature it didn’t compromise upon was security! All the encryption protocols including WPA2-PSK, 64-bit WEP, WPA-Enterprise, WPS support, WPA-PSK, WPA2-Enterprise are made available.

And it certainly doesn’t miss out on the QoS features, thus enabling you with all the bandwidth limiting and prioritizing features.

Although, it doesn’t support 802.11ac standards, and hence no Beamforming is available either.

But probably that’s why it’s the cheapest routers of all in this list of the best router for Tomato.

Bottomline, the Asus RT-N66U delivers speed, delivers performance, without burning a hole in your pocket.

Final Words on the Best Router for Tomato:

So after all the deliberations, which router is the best? I’d say, if budget isn’t an issue, clearly the Asus RT-AC3200 is the best choice.

But in case that’s out of your budget, in that case the Netgear Nighthawk too won’t fit in your pockets (it’s priced around the same range as the Asus 3200) in that case, the best router for Tomato for you would be the Asus AC1200.

It flaunts nearly the same features as its premium-counterparts, with just some slight downgrades but the price nose-dives with this one.

And finally, if neither of the routers are in your budget, but you still need the best router for Tomato, the last one listed here, i.e. Asus RT-N66U would be your best friend.

Anyway, do let me know which router won you over as the best router for Tomato, also feel free to get in touch if you’ve got to add something of your own.