Alphabay Market is one of the first names which strikes out on any “Darknet market” discussion.

So after going through a number of Alphabay market reviews, I took it upon me to scribble my own experience and time with Alphabay out here to paint a clearer picture of what and how efficient Alphabay is.

Warning: Alphabay is down since 4 July 2017, hope they will come back soon. best alternative market visit Dream Market.

Alphabay was founded in December 2014. And since then it has only skyrocketed in its popularity on the deep web.

It was founded by someone who is only known as alpha-02, and as stated by him in an Interview, the “exit scam” pulled by “Evolution” (the largest marketplace at that time) contributed greatly towards boosting Alphabay to the top.

Alphabay is also popular because of the fact that it has truly implemented an extensive list of security features, to prevent any kind of fraud, rippers, and exit-scams of any kind. (Which will be discussed with through details in the later sections).

I need not emphasize how important “security” on a dark net market is. With all the scammers and rippers out there, it’s important that the market you choose has top-notch security.

As far as the security on Alphabay Market is concerned, I was impressed. As I mentioned in the first section, Alpha02 stated that they have taken maximum measures and precautions to make sure both sellers as well as vendors stay safe and legit.

Some of Their Security Features Are:

They also support Vendor bonds and a number of other security measures apart from the ones listed above.

Now probably you get why I was impressed, don’t you?

Although to my surprise when I first landed on Alphabay Market, I found that it was no different than browsing any other website or forum on the web.

There’s the TOP bar, consisting of most of the options you’ll need to navigate to different parts of the site.

Then there’s my profile information on the left-side, with my balance, level, sales etc.

And it lets me access different listings via its highly categorized listing section, as well as by using the “Search” at the center of the screen.

So well you won’t ever have to “hunt” for options or features, it’s all laid out as simply as is possible.

Alphabay Market is the leading darkweb market out there, so naturally, an abundance of services have been laid out for the users.

Infact, if there’s something you’re searching for and it’s not available on Alphabay, chances of it being available anywhere else are extremely thin, that’s just how deep-rooted the Alphabay Market is.

And these are to name just a few of the available services. The extremely advanced search filter helps you land on the exact product you are searching for with ease.

You can narrow your search down to an extremely specific choice, letting you control every aspect of the trade, starting from the country, trader level, currencies accepted, to the time a trader needs between an order being placed and shipping the item!

Initially, Alphabay supported only Bitcoins. Which isn’t a surprise considering how it’s the leading cryptocurrency out there.

But on 22nd Aug, 2016 they announced that they’re working towards Monero acceptance, and by Sep. 1st 2016 they went live with Monero as a currency on the platform.

Similarly on March 18th, 2017 they started Ethreum integration and were fully functional by May 1st 2017.

And as the most recent addition to the Alphabay Market, they started accepting Zcash from July 1st, 2017!

Next Read: How to buy bitcoins with Credit Card

So let’s just wrap up our review overall review on Alphabay Market.

As a dark-web market, it’s no doubt at the very top of its competition, so that already tells us that it’s trustworthy as well as feature-rich.

And from my own personal experience, I’d say it’s “newbie friendly”, makes you feel secure with all its security measures and has truly taken steps to prevent any kind of scams on the platform.

Not to mention that they’re highly innovative which is always a good sign, this I’m stating based on the fact that Alphabay marketplace was the first ever platform to embed Digital contracts, as well as that many security features as discussed in earlier parts of this Alphabay market review.

And the features discussed above are just an outline of what Alphabay market is. As you dig deeper, chances are you’ll be greeted with features which might take you totally by surprise.

So Bottomline is, it’s “The” best market out there. It might not have “all” the feature you or I wish for, but as far as darknet markets are concerned, Alphabay is just as good as it gets. 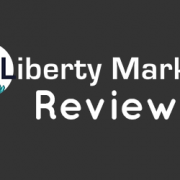